Now reading: True to the Land: a new history of food in Australia begins 65,000 years ago
Share
PrevNext 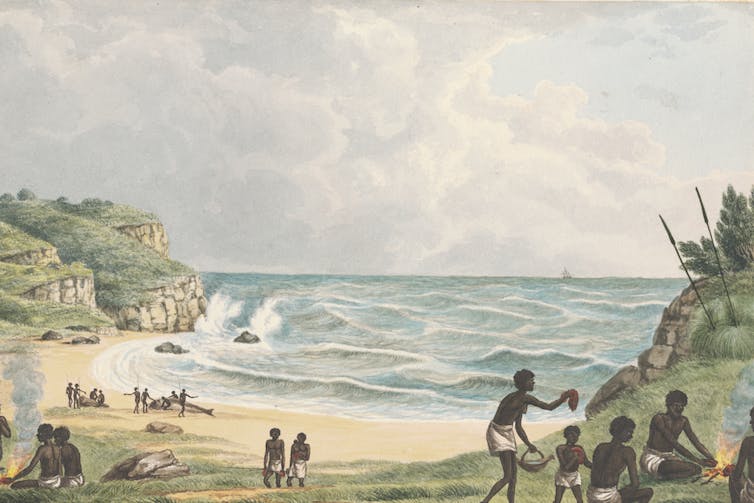 Paul van Reyk’s True to the Land: A History of Food in Australia ambitiously evaluates the foodways of this land over 65,000 years. A Sydney-based food writer, van Reyk is also a regular presenter and administrator of the symposium of Australian Gastronomy.

The bulk of rigorous food research in Australia is conducted through university PhD theses, and in recent years several monographs have been published by food historians on the food practices here. This book weaves the history of Indigenous Australians with that of settlers and migrants.

A chronologically organised social history, it is skilfully structured through empirical evidence and ably builds on the work of prominent Australian food historians. In a series of themes spread over ten chapters, van Reyk includes primary sources from newspapers, exploration accounts, early cookery books and women’s magazines. The volume is amply illustrated with maps, recipes, anecdotes and photographs from the archives.

True to the Land, more than any other food history of Australia, re-evaluates previous accepted knowledge about Indigenous Australians on a range of issues including land use, food sovereignty and food security.

Read more: Can we be Australian without eating indigenous food?

Food and the continent

Throughout this book the author constantly reminds us of the ways in which Indigenous Australians contribute to our foodways (the eating habits and culinary practices of a community). He writes,

[Aboriginal Australians] were actively involved in agriculture and aquaculture, were managing food stock for sustainability and had developed sophisticated strategies for turning fire, a significant environmental hazard, into a powerful tool for resource management. The consequences of this act of possession reverberate through the rest of this book.

The first two chapters discusses the lie of the land in geographical and historical terms. This premises the starting point of the food history of the continent when the First Peoples migrated to the Australian mainland.

Van Reyk, as with other scholars in recent years, asserts that Aboriginal people developed deliberate strategies in resource management of the land. There were controlled burn-offs, careful harvests of food from plants, the sea and other waterways. Importantly too, surplus food was stored for later use, in protected locations such as trees, caves or buried in sand.

From the period 1788 to 1850, van Reyk details the rudimentary food practices of British colonists in New South Wales, and, the establishment of settlements and colonies in other parts of Australia.

Cooking was done on open fire until permanent homes were built. Colonists and settlers initially supplemented their European diet with native flora and fauna. Colonial land grab caused conflict resulting in the killing of Aboriginal men, women and children.

One outcome of the displacement of Aboriginal peoples and land exploration was the discovery of gold. A direct consequence of the gold rush years, between 1851 to 1899 was the increase in population in the cities and towns associated with the goldfields. European populations prospered and dining out was possible. The gold boom also attracted Chinese workers to Australia; this gave rise to the first Chinese food being sold to the public.

Van Reyk pinpoints the ebb and flow of the nation’s economic life between 1900 to 1945 through the years of federation, the two world wars and the interwar years. The publication of cookery books for home cooks began at this time. As the nation prospered, Aboriginal people were coerced to work on farms and as domestic servants on little remuneration. 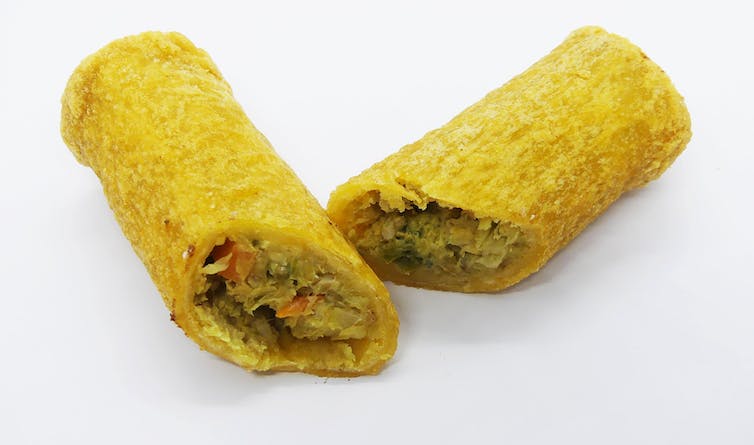 The Chiko Roll: an Australian version of the Chinese Spring Roll. Author provided

Aboriginal labour and the stolen generation

Discussing Aboriginal labour and the stolen generation, the author points out that while cookery books and other records offer insights into the domestic lives of Australian women as home makers, what they don’t tell is the stories of the thousands of Aboriginal women and girls forced into domestic service during these years.

Among other topics examined in the years spanning between 1946 and 1979, are the contributions to the culinary landscape by European postwar migrants and the Asianisation of Australian foodways.

The emergence of modern Australian cuisine took hold from the 1980s to the 1990s, with rising affluence. The concluding chapter identifies current environmental and sustainable concerns of foodways in the nation and food insecurity among Aboriginal Australians. 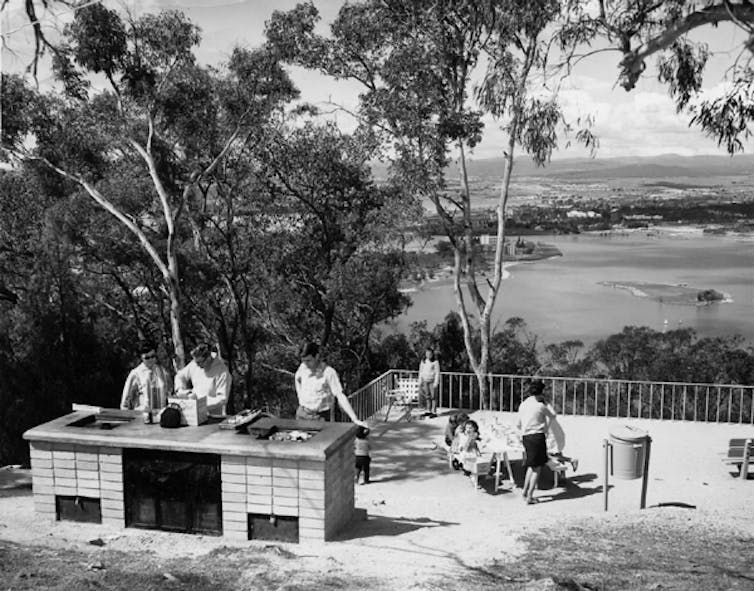 Read more: From curried wombat to rendang and doro wat: a brief history of curry in Australia

I have two minor criticisms. One, it would enhance this book if there was more engagement with secondary sources pertinent to food historiography. I temper this though by saying that the readability of this book for the general reader is achieved without overuse of theory and jargon. The other criticism is that not all authors cited are in the index. These two points in no way detract from what is a brilliantly structured and well-researched book.

I highly recommend True to the Land to the general public, university students of food history, school teachers and academics. This food history is also relevant to researchers on Australian history, colonial history and cultural and social histories.

Cecilia Leong-Salobir, Honorary Research Fellow, The University of Western Australia. This article is republished from The Conversation under a Creative Commons license.

The Shadows Within – Bronwyn Oliver

Art of life – The everyday world of Lucy Culliton