This year marks 50 years since the launch of one of Australia’s first major conservation battles, waged against Queensland’s ultra-conservative, pro-development premier Joh Bjelke-Petersen. It was for a location few had ever heard of – Cooloola, an area that stretches from Noosa to Rainbow Beach, around 70 km north. 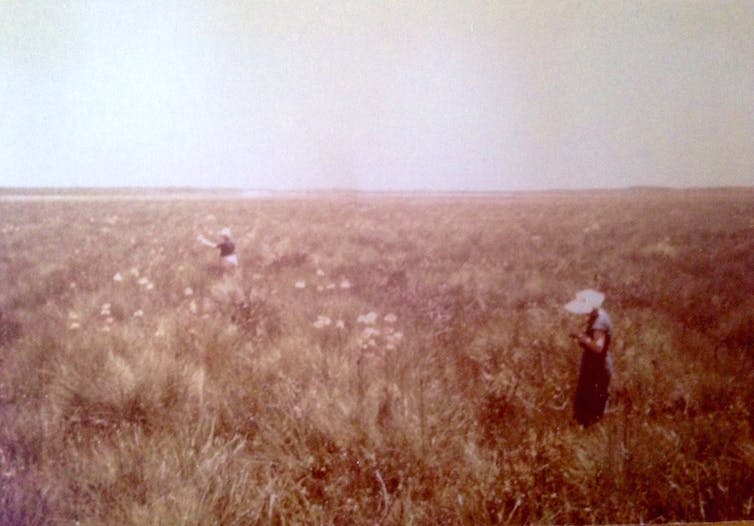 The unlikely leader of this campaign was a wildflower painter named Kathleen McArthur, who led the Caloundra branch of an environmental group the Australian newspaper called “the most militant of conservation cells”.

Kathleen, together with colleagues such as poet Judith Wright, pioneered and honed activist strategies that are still instructive today. She understood art’s ability to prompt human emotion and marshal the public support required to bring about change.

From her homebase at Caloundra in Queensland, Kathleen created nation-wide awareness of the existence of the Cooloola region, which incorporates internationally significant high dunes, coloured sands, rainforest and wallum heathland habitats. It is now part of Great Sandy National Park, but at the time was under threat from sand mining and development.

A highlight of the Cooloola campaign was the distribution of 100,000 protest cards across Australia, with at least 15,000 of them sent to Queensland’s then Premier. Conservationist Arthur Harrold described Kathleen as the “cunning mind” behind the cards. 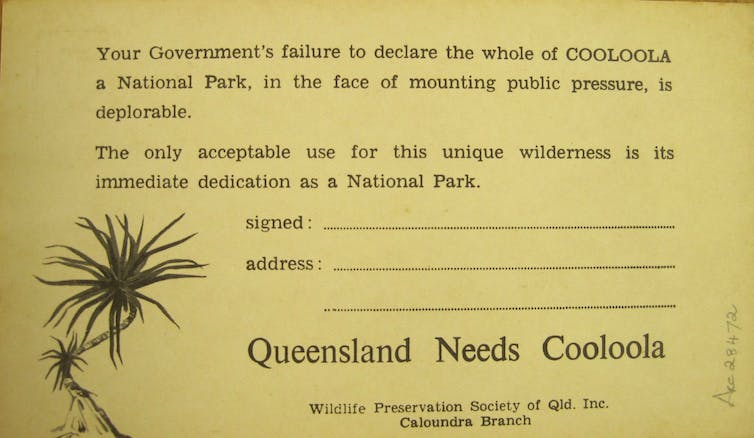 Kathleen McArthur was born in 1915 into one of Brisbane’s leading families. Her parents were Daniel Evans of Queensland engineering company Evans Deakin, and Kathleen (Kit) Durack, of the Irish pastoralist family made famous via the books of cousin Mary Durack.

Kathleen had an early life of considerable privilege. However, she turned away from the conventional life of the society matron. After a well-publicised marriage to military man Malcolm McArthur, and three children, Kathleen eschewed life on military bases or the city. The family bought a modest home at Caloundra that she later named Midyim.

Discovering her husband’s unfaithful ways, Kathleen initiated divorce proceedings in 1947. By the 1950s, she was a single mother of three. She lost her parents to illness in 1951.

From then on, Kathleen forged a new life for herself, writing about and illustrating Queensland wildflowers. She began painting in part to help identify the wildflowers in her local environment, there being a limited range of books to assist with their identification.

In 1953, Kathleen set herself the task of recording all the native plants in bloom across key locations of the Sunshine Coast region. This project fed into numerous publications including weekly newspaper columns and books. This year was also notable for a wildflowering expedition Kathleen took with her friend Judith Wright to the peak of Mt Tinbeerwah, which provided the spark of the idea for a national park at Cooloola.

Judith and Kathleen were among the founders of the Wildlife Preservation Society of Queensland, established in 1962, along with naturalist David Fleay and Jacaranda Press founder Brian Clouston. Brian offered to help their cause by publishing an educational wildlife magazine, which still exists today.

A crisis point was reached for Cooloola in 1969, with mining applications pending for much of the region. Kathleen’s idea to use wildflower postcards activated the public campaign. She had been inspired by a US campaign utlising such cards and though others were sceptical, set about creating a postcard, a letter and a brochure that could be distributed far and wide. She also created wildflower cards and prints featuring her artwork, sold to help raise funds.

Just a few of the flood of letters Kathleen received during the Cooloola campaign, from the WPSQ collection held at the State Library of Queensland. Courtesy Susan Davis

After the postcard distribution, hundreds of letters of support flowed back to the “Mistress of Midyim”. The campaign was further promoted through feature articles and letters to editors, talks, a documentary and capitalising on a web of allegiances. From early on, the Wildlife society formed relationships with scientists such as Dr Len Webb, from the CSIRO, who played a central role. 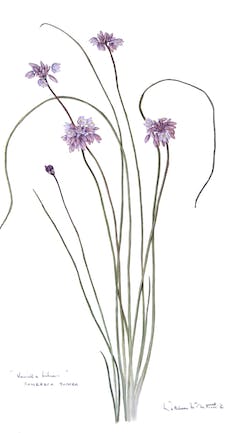 Kathleen and the society communicated regularly with politicians from all sides of the house. Her local MP Mike Ahern was a Country Party member but sympathetic to the conservation agenda.

On 1 December 1969, Bjelke-Peterson issued a press release stating that “substantial areas” of the Cooloola sand mass would be set aside as a National Park. But this was by no means the end of the campaign. Six weeks later, it was revealed that applications had been lodged for sand mining leases within some areas of Cooloola. This delayed formal action on the declaration of a national park and required the campaigners to change tactics.

In the meantime, the newly formed South Queensland Conservation Council, the Cooloola Committee and Dr Arthur Harrold took on the next phase of the battle. While Kathleen gave up leadership of the campaign, she did not leave the fray entirely. As key hurdles were encountered she would return to letter writing and other forms of maintaining the rage.

Eventually, 22 years after Kathleen and Judith first stood on the peak of Mt Tinbeerwah, the Queensland parliament gazetted the Cooloola National Park in December, 1975. However Kathleen’s role is rarely mentioned in most accounts of the Cooloola campaign. 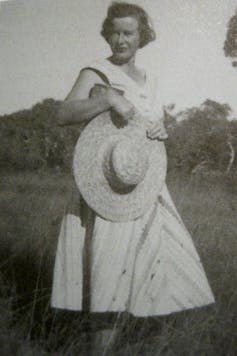 Kathleen refocussed on her art, wrote a suite of books and established a series of monthly presentations called “lunch-hour theatre”. She remained involved with her local branch of the wildlife preservation society, prepared the submission to have Pumicestone Passage added to the register of the National Estate, and campaigned to protect beach dunes. She also identified areas that should be protected as reserves, including one posthumously named Kathleen McArthur Conservation Reserve just north of Lake Currimundi. After a period of illness she died in 2000, the same year as her friend Judith Wright.

Because of the likes of Kathleen McArthur, today there are national parks, beaches protected by dunes rather than rock walls, and birds calling from humble heathlands where gentle wildflowers bloom. She is but one of a number of women from the period who could be “wild”, radical and difficult, but who was passionate about wildflowers and protecting our natural environments.

A ‘Wild/flower Women’ exhibition will be on display at the Fryer Library, University of Queensland throughout 2019, with an online exhibition to be available via their website. A public lecture and performance will be staged in late March as a part of the Fryer Fellowship program.

Susan Davis, Deputy Dean Research, Education and the Arts, CQUniversity Australia. This article is republished from The Conversation under a Creative Commons license.

The Art of Assemblage – Anita Johnson