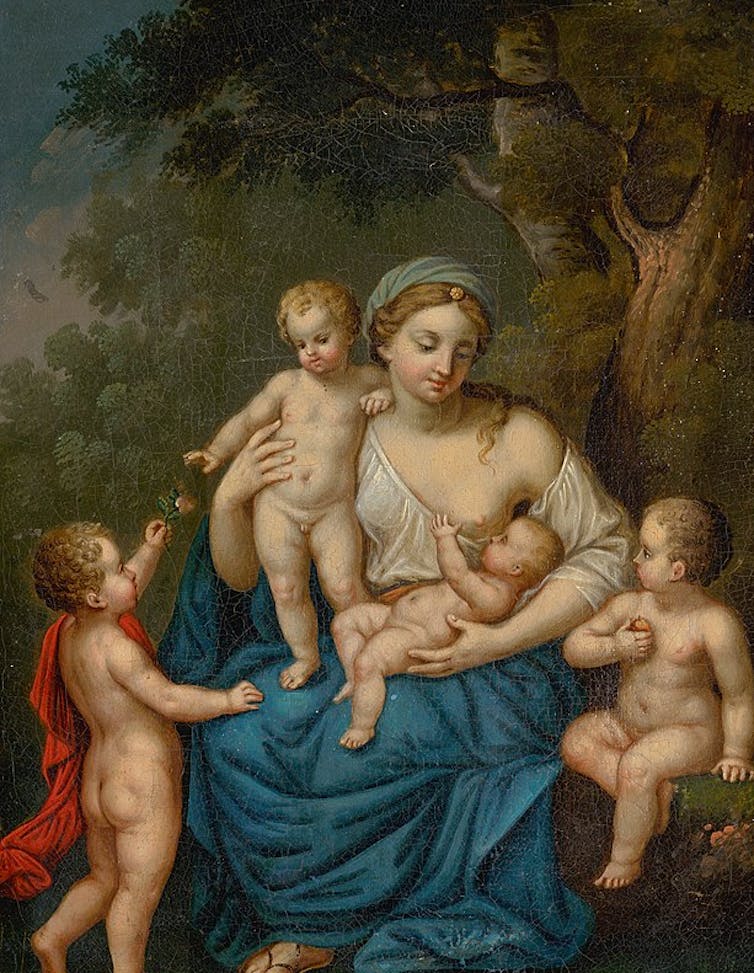 Is it possible to describe the complexity and absurdity of motherhood?

Mothertongues creatively responds to the question: what kind of genre and form could possibly describe a human experience that resists language? Is it possible to capture the inexpressible complexity and absurdity of motherhood? 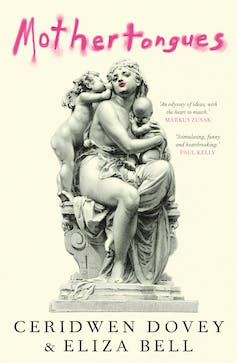 Mothering crashes through a woman’s life like a hurricane. Psychologist Daniel Stern has written that the birth of a first child also signals “the birth of a mother”. It entails a rearranging of a woman’s sense of self and her relation to others into a new arrangement Stern dubbed “the motherhood constellation”.

Yet this is not how we generally talk about motherhood in popular culture. We customarily don’t warn novice mothers-to-be of what is surely one of the most spectacular aspects of becoming a mother – that this “mothermorphosis” changes everything you thought you knew about yourself.

Mountains of child-rearing literature have been generated since the mid 20th century, designed to instruct mothers in every conceivable aspect of raising a child from infant feeding to toilet training, sleep coaching to tummy time. These days there are books, websites, apps, podcasts and more to track, train, cajole and implore weary mothers and babies into culturally desirable behaviour.

But on this rather significant aspect of new motherhood – that it literally turns you inside out – experts are strangely silent. Until recently, the quotidian, seemingly banal details of raising children were not considered worthy of broader attention.

One of the legacies of the women’s liberation movement was to empower women to write publicly about personal experiences. Since the late 20th century, mothers have begun “speaking back” to the experts, writing from, for and about their own maternal experiences.

In online forums, mothers request and offer childrearing advice in rebellion against the so-called “experts”. In “momoirs” and “mommy blogs”, mistakes are admitted – even flaunted – in an occasionally hilarious but always political insistence that the cultural ideal of the perfect mother does not exist.

The daring new book Mothertongues is a daughter of this cultural movement, but also explodes its traditions, moving beyond the conventions of written prose. 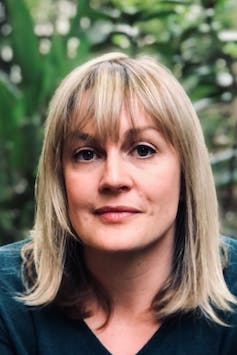 A joint project between writer Ceridwen Dovey and teacher, writer and actor Eliza Bell, Mothertongues is an eccentric pastiche of drama, poetry, text messages, lyrics, diary entries, vaudeville, nature documentaries, dreams and memories. Readers can also scan a QR code to hear music by singer-songwriter Keppie Coutts. Dovey and Bell have taken the central problem of writing about the maternal – how to capture something so complex and ineffable? – and responded by refusing to be pinned down by one genre, one style, one form.

By approaching motherhood from an astonishing variety of angles, they grant glimpses of its essence. The authors note that by “dismantling boundaries between art forms” they aim to conjure a “rich atmosphere and complex mood”, so that their audience can access “different modes of thinking and feeling”.

Absurdity is a motif returned to time and again throughout the book, particularly through references to the theatre of Samuel Beckett:

As an artistic form, absurdism really captures something about motherhood. I mean, what’s more absurd than giving birth to another human being? … My life is made up of non-sequiturs, fragments, interruptions, stories that go nowhere, gaps, cyclical language,repetitive gestures … It can be all so ridiculous you want to sob.

There are regular references to the unacknowledged heroism of motherhood, which, “while epic in scope, is made up of so much that remains invisible”. A character named Odyssia, glimpsed regularly throughout, must – like the male Odysseus of Greek mythology – journey to the outermost boundaries of the known universe and what she thought she knew about herself. She must endure the greatest trials she has known, such as childbirth and sleep deprivation.

Her rewards? To be eternally taken-for-granted by a child who is always moving away from her towards independence, and the most intense, passionate devotion she has ever experienced. 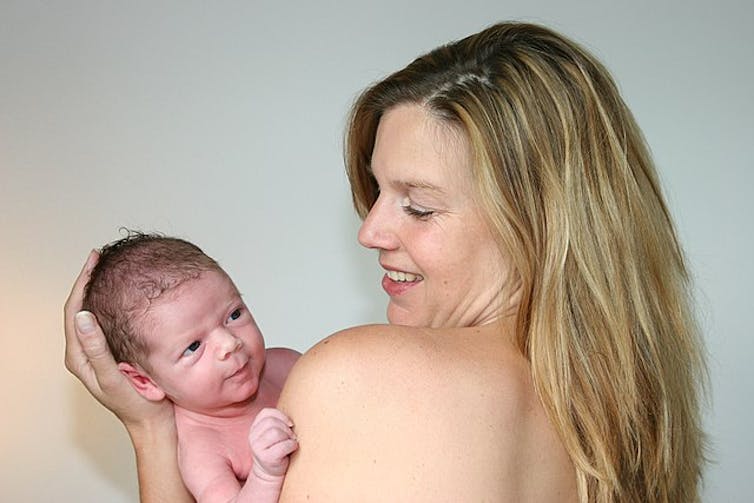 Mothers are both time poor and time fragmented. Attending to the needs of a vulnerable, demanding and ever-changing child results in an interrupted subjectivity.

Mothertongues’ constant shifting between genre and style reflects the experience of a mother-writer suddenly wrenched from her musings by a child’s cry. Maternal writing mirrors the sensations of maternal life. The diary of a newborn mother catalogues the never-ending repetition of feed, sleep, wake, shit that is mothering an infant.

Yet while motherhood can feel like an endless cycle of repetitive caring duties, over time the child grows and so does a woman’s maternality. Mothertongues reflects this growth in its structure, which moves from “seed and sprout” to “fruit and flower” and back to “roots and rebirth”. The maternal preoccupations of these “Acts” shift from the physical aftermath of childbirth, to the sensations of breastfeeding, to the social skills of pre-schoolers as children age and motherhood changes.

The timelessness of mothering lurks in the background. While newborns are wholly new people, they are also the perpetuation of intergenerational family connections, particularly through reproductive cycles of the maternal line. The new mother replays her maternal past, but this time from the position of mother rather than child. 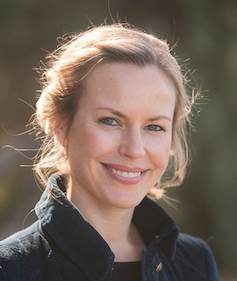 Mothertongues also explores the ways in which new motherhood sparks deep emotions, particularly in the mother-to-be and her own mother. One new grandmother, gazing upon her daughter tending lovingly to her newborn, admits that it is difficult for her “seeing an infant get exactly what he needs when it needs it” because it contrasts with her own childhood.

The book’s unnamed central narrator finds herself reflecting on her own childhood, how her relationship with her mother and her mother’s mental illness shaped her determinedly likeable personality, her abandonment issues, her expectations of birth. New motherhood awakens potent, sometimes dangerous “old stuff” from childhood.

If mothering has powerful consistencies over time, it is also reshaped by the here and now. This particular historical context of the early 21st century is characterised by new possibilities, such as ease of communication, made possible by new technologies.

In Mothertongues, AI assistants Alexa and Siri, personifications of the virtual assistants developed by Amazon and Apple, exchange regular text messages that flit between the everyday annoyances of contemporary parenting and deeper, darker subterranean concerns.

Material culture also surfaces regularly, posing the question: can objects such as the random contents of a mother’s handbag, or the contents of her bedside drawer, reveal something of maternal experiences and concerns?

Objects can be highly symbolic, sparking profound emotional responses. The family bed emerges as a potent object in Mothertongues – a place where babies are conceived and birthed, a place where we dream deep desires or brood on dark thoughts, a place where we are at our most vulnerable in slumbering, sickness, lovemaking.

Mothertongues does not attempt to explain or solve the conundrum of motherhood. The book resists easy generalities, remaining aware that motherhood is almost “inaccessible to language” and will always remain “somewhat unspeakable”.

Yet Dovey and Bell seek to encircle the figure of the mother, striving to come ever closer to speaking her, even as they recognise that words are only partially suited to this task. They have another purpose beyond the artistic: to create connections of mutual recognition between mothers, so that the struggle may not feel quite so isolated and unacknowledged. As a fictitious author in the book explains:

I think that is why many of us have found comfort in forming a community of mothers who feel the same way … I know that it may not always seem like it – that it often comes across as whingeing and whining – but the sharing, the empathising, the repetition of the same jokes, stories of the absurd or difficult elements of raising a child, that can itself be a political act.

Carla Pascoe Leahy, Lecturer in Family History, University of Tasmania. This article is republished from The Conversation under a Creative Commons license.